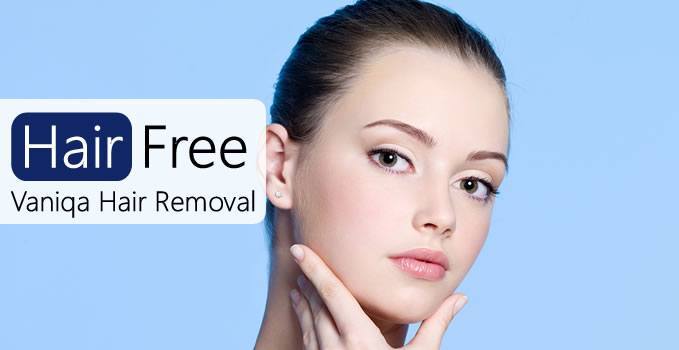 Does Vaniqa Hair Removal Cream for the Face Work?

Vaniqa is one of the most popular brands of hair removal cream on the market, and NAIR's fiercest competitor. If you're considering these hair removal creams as a means of getting rid of facial hair, here's everything you need to know about Vaniqa Hair Removal Cream for Your Face.

Vaniqa Hair Removal - Does it work?
What is Vaniqa and How Does it Work? How you can Be Certain it Works?What You Need to Know
Real Review - What People are Saying about Vaniqa CreamPositive ReviewsNegative ReviewsResources

What is Vaniqa and How Does it Work?

Vaniqa is the brand name on the cream made from eflornithine, one of the first topical drugs used to get rid of hair--specifically around the chin and face. It's a cream made with women in mind, and should ONLY be used on the face and chin. It will not remove hair completely, but is designed only to slow hair growth.

The chemical components in the cream block the production of an enzyme named ornithine decarboxylase--or ODC. In order for your skin to produce new hair cells, it needs this ODC enzyme in order to produce the polyamines that cause rapid cell growth. Without the enzyme, your skin is unable to produce the new cells. The Vaniqa cream helps to block the ODC enzyme, thereby slowing the growth of hair strands.

The cream was approved by the Food and Drug Administration in July 2000, making it one of the first-approved drugs to use for hair removal of the face and chin.

How you can Be Certain it Works?

In a number of studies, more than 600 participants used the eflornithine cream to remove facial hair. The cream was applied twice per day over the course of 24 weeks.

At the end of the test period, 70% of those applying the chemical cream showed signs of hair reduction, compared to just 41% of those using the placebo. Not only was overall hair presence reduced, but hair growth rate was also reduced by as much as 35%. What You Need to Know

As with all drugs and chemical treatments, there ARE side effects of using Vaniqa for your hair and chin. Some of the side effects include:

Less common side effects include:-

In case of an allergic reaction to the cream, some people have experienced:

If any of the more serious side effects present themselves, get to a doctor immediately.

It's important to consult your dermatologist before trying the cream. There is a risk that you will be allergic to the chemicals in the cream, or it will have a negative interaction with some other medicine or topical treatment you are using.

If you have cuts, sores, or wounds on your face, it's best to avoid using Vaniqa in those areas. Pregnant and nursing mothers should avoid using the cream as well!

Real Review - What People are Saying about Vaniqa Cream

Here are some of the user reviews we have found online:

As you can see, there is a lot of good to Vaniqa, but there are the occasional complaints. Understanding this will help you to know exactly what to expect when you start using it to deal with the hair on your face and chin.

Are Hair Removal Creams Safe to Use?

How do Hair Removal Creams Work?

Round Up of Best Facial Hair Removal Creams

Hair Removal Creams – Where Can They be Used?

How to Use Hair Removal Creams and Gels